NeoFPS is a first person shooter toolkit designed from the ground up to help game developers working with the Unity game engine to achieve their vision. Developed with the core goals of flexibility, extensibility and power, NeoFPS enables you to precisely meet your design goals or experiment with new ideas.

NeoFPS on the Unity Asset Store

This playable demo showcases the current features of NeoFPS. For information on upcoming features and longer term plans, take a look at the roadmap.

Note: NeoFPS is not a complete game and is not intended to be. It is purely a tool for other developers to create high quality FPS games with Unity.

The WebGL build has been deprecated due to size requirements and new save game features. Please use the Windows standalone build. To keep up to date, consider using the itch.io launcher.

Enjoy, and let me know your thoughts via the contact page for feedback or the support page for any bugs.

Download and extract to the desired folder and then run NeoFPS.exe

may i use this asset in my game?

Of course. It uses the standard asset store license, so once you've bought it you're fine to use it in any commercial games without crediting. You just can't re-sell the art/sounds/code etc in source form (ie not packaged up as a game)

I'm not too sure at the moment. Working on animation for the new body awareness feature and the upcoming AI update after that. It's a big task. You can follow along on the discord though at discord.neofps.com

Yep. There is actually a demo scene for doors, including trigger zone based, animated and physical, as well as elevator doors. I'll be adding key locks and numeric locks (including destructible) soon too.

which level lets you swim

Hey there. There's one in the level select screen called "Swimming" (you might need to scroll down)

Hey there, thanks for the feedback. I'll be adding some graphics settings in the near future when I expand the post-processing. Can I ask about the lagging though? Was it constant or during specific actions? There's a known issue with the particle systems that the first time they spawn (bullet hits and explosions), there is a spike while all the resources are loaded. It smooths out over time, and I have a fix that should be in the next upload. Also, the WebGL version has some limitations that can affect performance, and I'll be switching to standalone desktop only as more features are added. 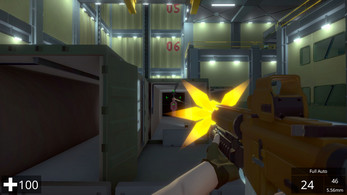 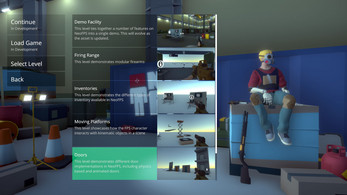 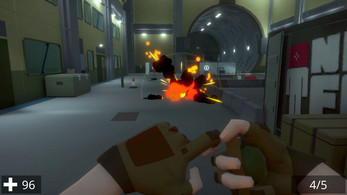 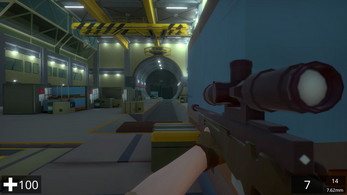 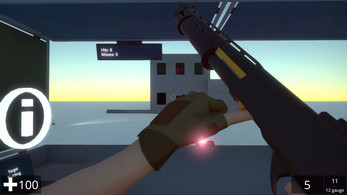